In 1999 Design Craftsman Inc. invited Shapiro’s Art Studio to paint a mural for the WWII diorama. The mural depict the French town in 1944, just after the battle. The ruins are smoking, also you can see a huge fire from the burned car on the street some soldiers. The idea of the painting – to show American weapons: tanks and cars, Chrysler supplied the army during the war.. Including the famous Jeep -Villis. 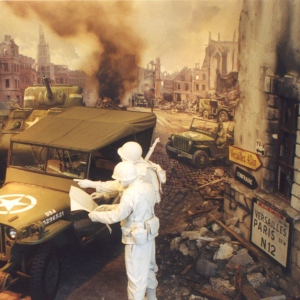 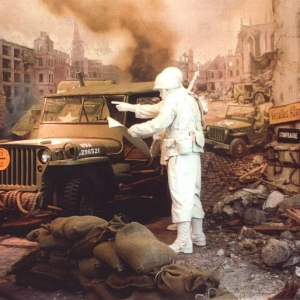 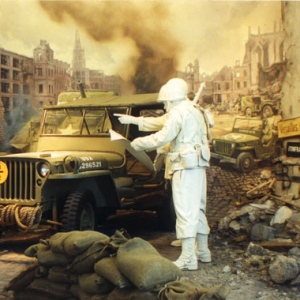 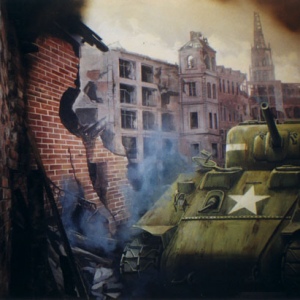 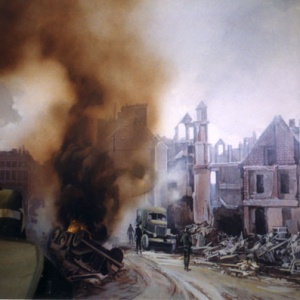