The Fantasy of Flight Attraction, located in Polk City, FL, near Orlando, is the biggest collection of vintage airplanes in the US. In 1994-1996 it is became an entertainment place, include aviation history museum, interactive places, gift shop and restaurants, design by McBride Co (chief designer Alex Okun) and built by Design Craftsman Inc. I was invited to paint three big dioramas and couple of other murals for the gift shop and the restaurant area.

Details of the 22×24 feet Diorama: “Early flight Era”. Depict people watching the balloons and airplanes flight at the field near Paris in the
1900-s. 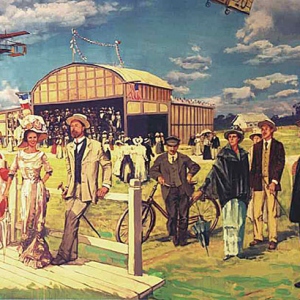 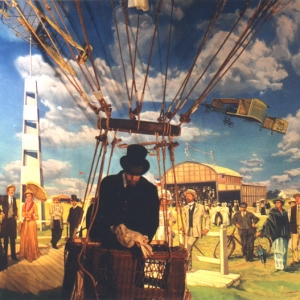 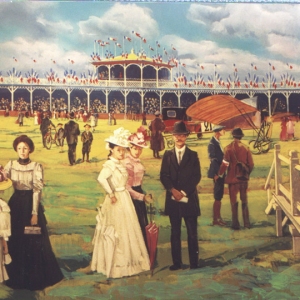 Murals in the restaurant area. One color imitation painting 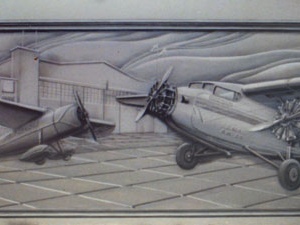 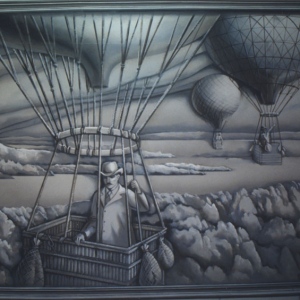 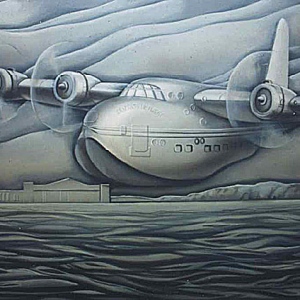 Details of the 19×90 feet Diorama: “American Aviation base in England”. WWII. Depict B-17 bomber in the night forest. 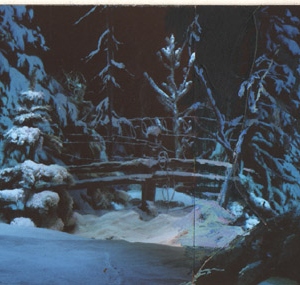 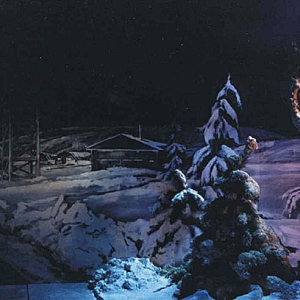 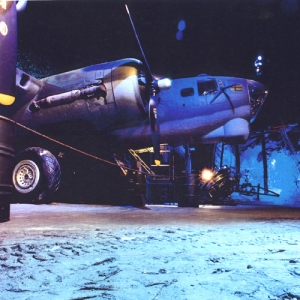 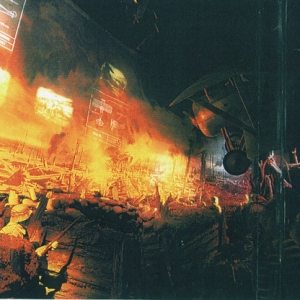 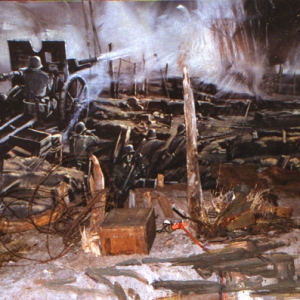 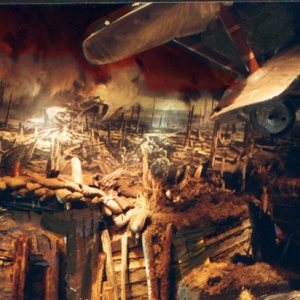 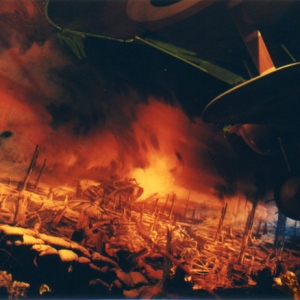 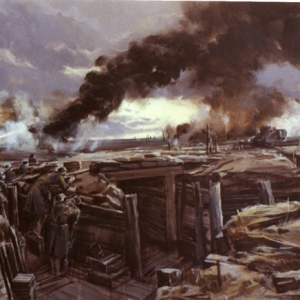