The 1999- 2000 Project. Painted with assistants of two more artists: Alexander Tkachenko and Barney Judge. The project includes eight murals and dioramas, depict the camp life and medicine treatment of the both sides soldiers ( Union and Confederates ) during the Civil War.

“The Camp life”. Life size diorama. The Union Camp in the early morning shows all kind of activities: Backing the bread, preparing breakfast, washing the close, reading letters, warming up near the fire, etc. Details of the 12×78 feet painting. 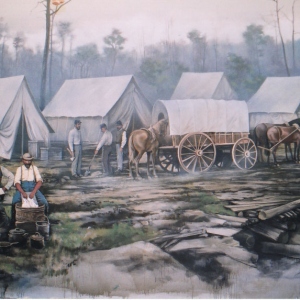 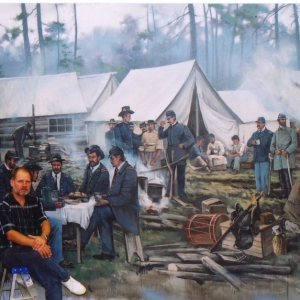 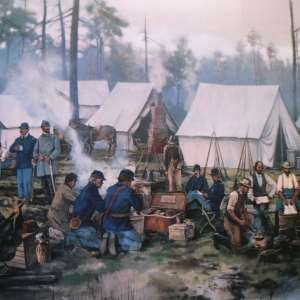 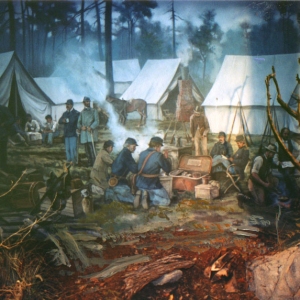 “The train car”. Caring the wounded. Details from the 9×32 feet painting 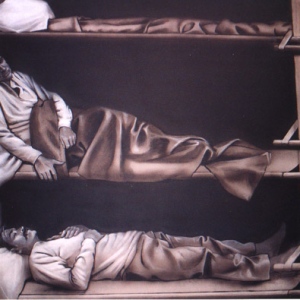 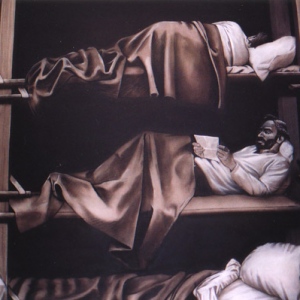 “Medical evacuation”. The diorama depicts wounded soldiers, ambulances and the process of evacuation. Details of the 9×32 feet painting. 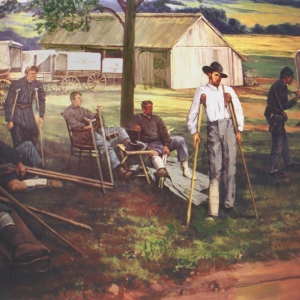 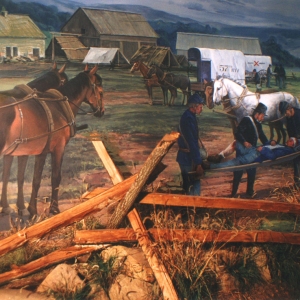 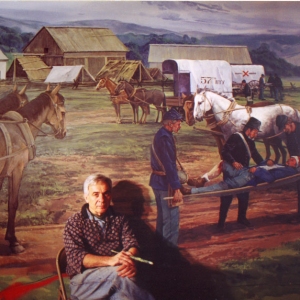 “The Dressing Station”. The diorama depict the dressing station on Gettysburg, were the wounded in the battle were delivered for the very first aid. The 12×40 feet painting depicts the particular place of the Gettysburg field. 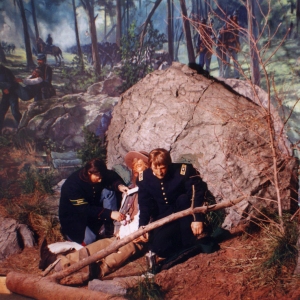 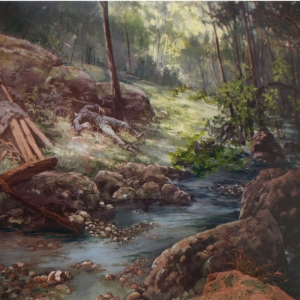 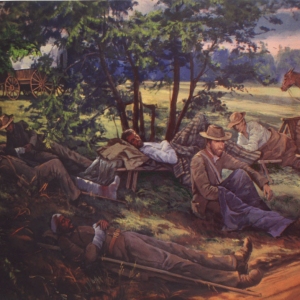 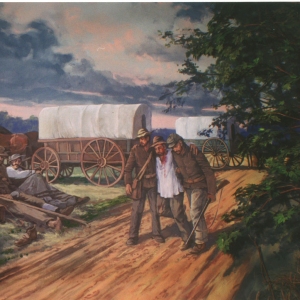